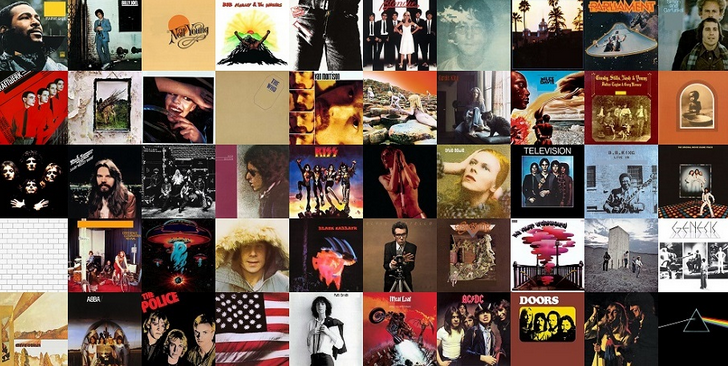 It Had A Little Bit Of Everything

Simply put, if there’s only ONE thing this decade can boast of, it would be its sheer diversity. Sure, the ’60s set the bar high in rock music especially since the era closed with one of the most unforgettable music festivals of all time – Woodstock ’69.

Although 1970s opened with the breakup of not one but two iconic groups – The Beatles and Simon & Garfunkel, it was also the time when rock gave birth to several subgenres like punk, glam rock and heavy metal. And although rock formed way back in the ’60s, it basically took shape and was perfected in the ’70s. There were numerous experimentations and it took off to several directions. You can go for hard or soft sound and either way, they’re classified as rock music.

From Fleetwood Mac’s “Rumours” and Pink Floyd’s “The Dark Side of the Moon” to Led Zeppelin’s “Physical Graffiti” and The Clash’s “London Calling” – these records were nothing short of stellar. Oh and how can we forget The Who’s “Who’s Next” or Deep Purple’s “Machine Head” and even David Bowie’s “The Rise and Fall of Ziggy Stardust and the Spiders from Mars?”

The ’70s gave us a rich catalog of epic masterpieces that remain influential in today’s pop culture. It’s safe to say that it has aged well. Yes, music was neither easily accessible nor portable but it was worth your time taking a trip to the nearest record store. And we didn’t mind them one bit. Every decade had its shining moment but with the ’70s, every single year had something new to offer and we reveled in it.

MTV wasn’t born yet but on the brighter side, we learned to appreciate music as it is – no accompanying sappy or controversial video and definitely no oversaturation. And perhaps another great thing about the ’70s is, you can go back and still find new music to love.