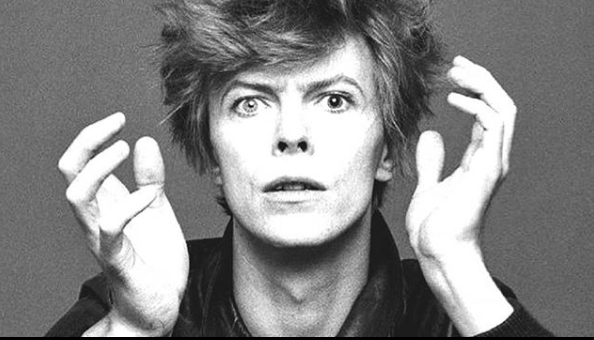 A ground-breaking and hugely influential music video co-directed by David Bowie himself with David Mallet. “Ashes to Ashes,” released in August 1980 as a promotion for his forthcoming 1980 album, Scary Monsters (And Super Creeps).

Ashes to Ashes music video is an iconic promo video to boot and at the time was the most expensive music video ever made and still remains as one of the most costly music videos to ever been produced.

It has scenes both in solarised color and a new black sky effect — the production cost was £250,000 and filmed in multiple locations.

The music video featured Bowie in the Natasha Korniloff Pierrot costume which became the dominant visual representation of both the Ashes To Ashes single and the Scary Monsters album.

The coastal scene was filmed in May 1980 at Pett Level, East Sussex and remains as one of the most memorable shots of Bowie.

Fun Fact:  Michael Dignum tells hilarious stories during the filming at Pett Level, you can check it out HERE.

Watch the full Ashes To Ashes video below: