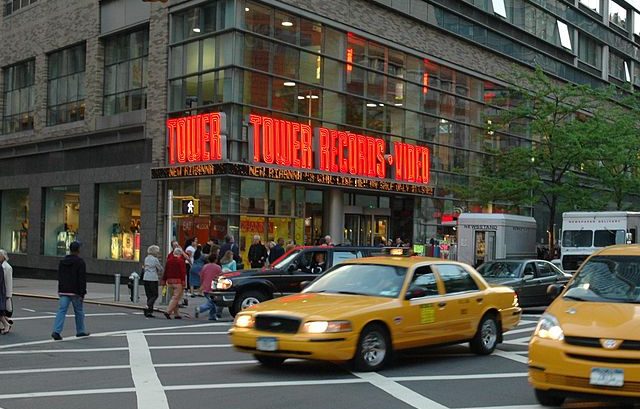 Anyone in their thirties knows that CDs, cassettes, and vinyl were not only a multi-million dollar business but somehow defined generations: each album in your collection meant a special moment and also an artistic weight in musicians that today has been lost among artifices, products, scandals, and half-naked pop artists as a claim.

Tower Records began as a small cabinet with vinyl records in a drugstore (you know, those American stores in which practically everything is sold, but especially medicines) and in which that idea of ​​selling singles and albums got out of hand in Little time. From one moment to the next, vinyl records began to sell so much that they outperformed other products, so the store owners considered setting up a music-only store called Tower Records. In this way, the first establishment of what would later become a franchise was opened in the city of Sacramento in 1960, and then – and progressively – opened in different cities of the country such as New York or San Francisco.

As if that were not enough, in the following years’ stores would be opened in the United Kingdom, Canada, Japan, Hong Kong, Taiwan, Singapore, South Korea, Thailand, Mexico, and many more countries; what comes to be in practically the whole world.

With time and the arrival of the CD, sales multiplied. At the beginning of this new musical medium, not only did the vinyl ones not fall but they were complemented along with the cassette tapes, turning Tower into a multimillion dollar business, even more so. Examples of this success is that Tower was the store that Michael Jackson went to first thing in the morning to buy his records in the California store (and that they opened only for him) and in which artists such as Elton John, Dave Grohl ( Nirvana) or Chuck D flocked to their favorite albums. With the arrival of the Compact Disc and to take advantage of the pull of the entire flow of people who came to the store, DVD movies, video games, accessories and books were added. In addition, the magazine “Pulse!” It was distributed free of charge in all stores and included all the musical novelties, acting as an advertising medium for the albums of the most successful artists. The inauguration of each new Tower Records heralded the arrival of thousands of people at the door to anxiously wait to enter and buy their favorite records.

Until time caught up with them…

Tower Records went from being a growing multi-million dollar business to filing for bankruptcy in 2004. Its immense expansion during the 1990s made rental payments so large at the slightest drop in sales that they translated into losses that grew by the foam. Competing stores with discount CDs and movies and the late incorporation to the internet made Tower an overnight wreck that ended with the disappearance of all stores except those in Japan, which were sold to another company (and that are still open today).