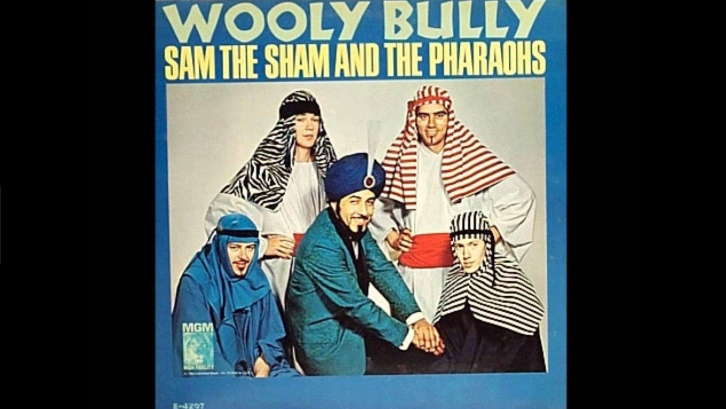 The song’s title is indeed nonsense – but, of course, there’s an explanation of why it was called “Wooly Bully,” and what it meant.

“An expression people used as a way of congratulating each other.”

Despite it being a pure nonsense song, it managed to capture people’s attention, and it became the best-selling song of 1965 in the USA despite it not making the #1 spot on the charts.

Wooly Bully sold millions of copies during the British Invasion, and amusingly, it was the first American record to reach such a feat during those times.

The best selling record of 1965 by Sam the Sham & the Pharaohs was the bridge for the Mexican top hit “Macarena.”

If you listen to this song, it starts off with Sam the Sham counting off “one two three four,” in Spanish (“Uno, dos, one, two, tres, quatro”), which led to U2 following this concept, but a rather Spanish count-in on their song “Vertigo.”