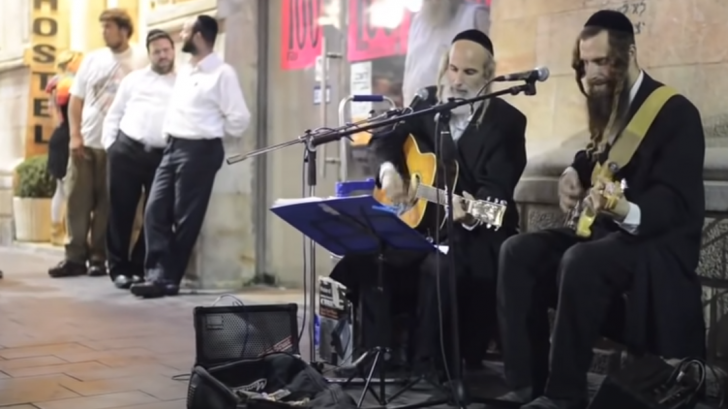 An alternate take of the immortal Pink Floyd classic”Wish You Were Here” played by brothers genius and virtuoso Jewish Men was recorded in July 2013.

In July 2013, an international photographer had the opportunity to see an astonishing display at Jaffa Street, Jerusalem.

The talented Breslov brothers, Aryeh and Gil Gat performed an excellent cover of the classic Pink Floyd songs “Wish You Were Here”

They started with a melancholic instrumental which grasped the attention of spectators and people who were passing by. An excited crowd circled the brothers in no time, to watch and take videos on their smartphones.

The Gat Brothers are two Jewish Chassidic performers who have amassed quite an audience in their home country, Israel.

You will see why, because they’re great. In the video available below, they do their performance of Pink Floyd’s classic “Wish You Were Here” performing on Jaffa Street in Jerusalem on a warm summer’s evening.