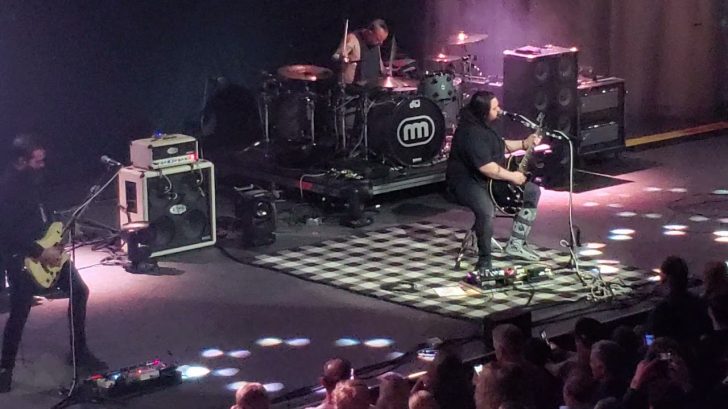 Son of legendary Eddie Van Halen, Wolfgang still performed during his Mammoth WVH show in Huntsville, Ala. with a sprained ankle. He was seated during the entire show. He got injured in a tour bus accident.

Before the show, he announced that he’d be performing like Dave Grohl, who did a series of Foo Fighters shows after breaking his leg in 2016. Axl Rose later used the same custom-made seat when he also got a leg injury at Guns N’ Roses first reunion show during the same year.

After the show, Wolfgang shared a photo of his injured leg. “Never done that before, but we pulled it off!” he wrote on Twitter. “Thanks to Huntsville for making it such a special show! Also, check out how fucked my ankle is.”

Ate shit walking off the bus this morning and sprained the FUCK outta my ankle.

Now I gotta rock this boot for 4-6 weeks.

Looks like this boot’s gonna get some show experience.

Wolfgang’s injury was definitely unfortunate but he managed to showcase his admiration for Grohl despite his sprained ankle. He dubbed the drummer and frontman of Foo Fighters as “one of the biggest inspirations” for creating his Mammoth WVH’s debut.

“When [Grohl] started the Foo Fighters, he did everything himself on their first album,” Van Halen told Bass Player

“I wanted to have a go at that, I guess. … I’ve always admired bands like Nine Inch Nails, where the project emanates from one person and grows from there. That’s kind of how I view it, even though it is still me. I view it more as a band than some sort of solo project.”

Mammoth WVH will have confirmed concerts scheduled in June 2022.