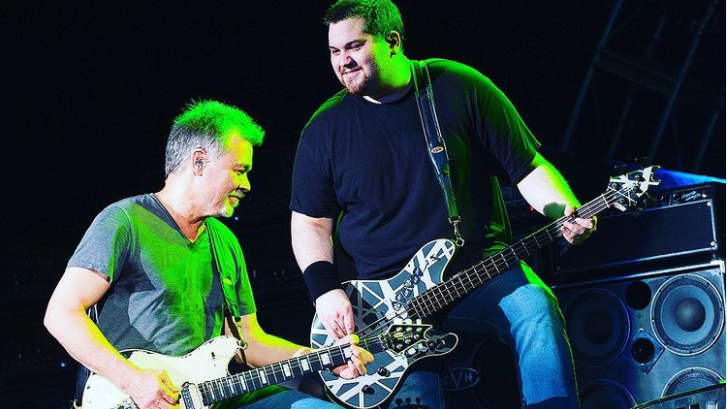 Soon after publishing “Distance” as a tribute to his father Eddie Van Halen, Wolfgang Van Halen shared another new track titled “You’re To Blame” on the Howard Stern Show.

The new rock track was played through the SiriusXM show on Monday (November 16th) and a stream of the show was shared online by a YouTube user.

Released in support of Mammoth WVH, “Distance”, established as an instantaneous hit, topping the iTunes Top 100 Songs chart quickly after being published.

Wolfgang shared his emotion via social media, “#1 on @iTunes. Not just rock, but overall. I’m speechless. The response to Distance has been mind-blowing and I’m so thankful for each and every one of you.

“Know that the weight of this moment is not lost on me. Thank you. Wish you were here for this, Pop.”

“You’re To Blame” along with “Distance” will be featured on the rocker’s studio debut album, which is anticipated next year under the label Mammoth WVH.