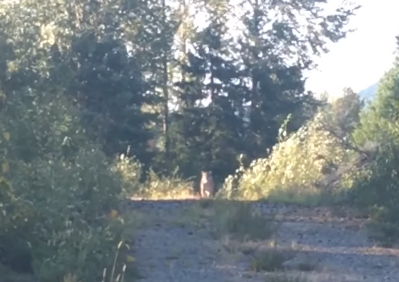 Dee Gallant, a woman who was walking on Vancouver Island, Canada, managed to drive away a cougar that was stalking her, with a song by the group Metallica.

This event was recorded on July 23, 2019, while Dee Gallant was walking with her dog in a wooded area on the Canadian island.

Suddenly, he realized that they were being stalked by a mountain lion that came up to 15 meters, which scared Dee.

Faced with this situation, she tried to scare the feline by opening her arms and making loud noises, but she couldn’t make the cougar move or stop staring at her.

The moment was captured in a video recorded from her cell phone, in which the wild animal that was following her can be seen in the distance.

However, Dee decided to stop recording to play a Metallica song from her music library.

She chose the theme “Don’t Tread on Me” and raised her phone in the air to get a better sound, which scared the mountain lion away.