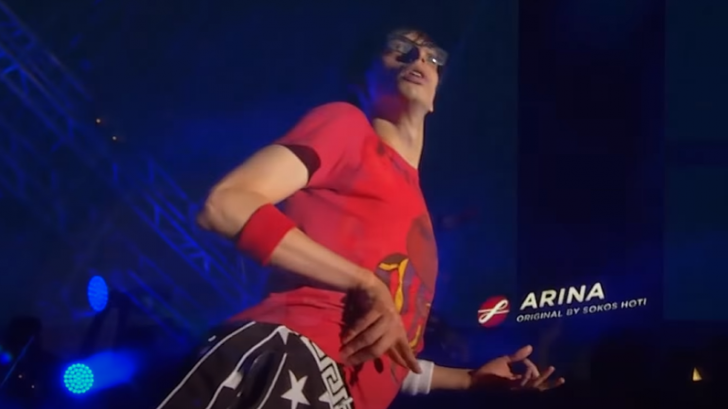 It may not be to the liking of many, but Air Guitar is gaining “Competitions Really Exists,” to the point of being already considered by many as a sport.

Competitors from the United States dressed up, rebuild fantastic characters, and performed comical pantomimes of iconic solos in rock history. Air guitar promised to expose the fiery performances of this practice, elevating the guitar to levels a true guitarist never imagined.

Beyond the obvious humorous and ironic dose of the performances of those who dedicate themselves to this practice, a serious discipline has grown in popularity during the last two decades.

These performances also paved the way for lip-syncing. During World War II, live lip-synching singing was used to entertain soldiers stationed at military bases. But rock fans began to pretend they were playing instruments since the 1970s, according to The Conversation’s post called “how air guitar became a serious sport” when they couldn’t resist imitating their favorite artists, who had become increasingly inventive with the guitar in hand.

Inspired by the guitar virtuosos of the first half of the 20th century, artists such as Jimi Hendrix, Jimmy Page, Eddie Van Halen, Rick Nielsen, and Lita Ford adopted authentic theatrical displays that were more than striking. Fans soon began to copy the wild gestures of their favorite guitarists to reflect their energy on stage.

Watch the videos below: