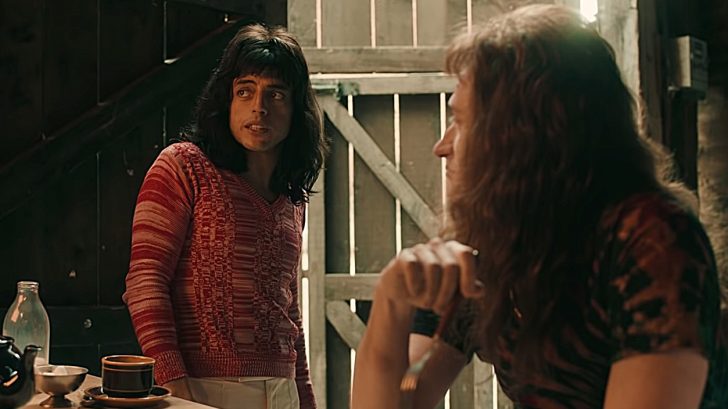 How Many Of These Are We Going To Get!?!

‘Bohemian Rhapsody’ certainly isn’t the first rock biopic in history to do well, but it does have a claim to being the most successful one yet. With a whopping $819.8 million in the box office, 2 Golden Globes, and 5 Oscar nominations, this film has every right to call itself a winner.

So, naturally, filmmakers are now hopping on the money-train by making their own rock biopics. Such films aa ‘Rocketman’ (Elton John biopic), ‘The Dirt’ (Motley Crue), and untiled film about Prince, and untitled film about John Lennon & Yoko, and a biopic about Ozzy & Sharon Osbourne apparently are all slated to be released within the next 5 years. However, yet ANOTHER biopic has just been announced. See for yourself.

Yup, that’s right, a David Bowie biopic is officially in the works. To be perfectly honest, out of all the biopics they could possibly make, I’m definitely the most excited about this one. David was undoubtably one of the most iconic and charismatic rockstars in history and it’ll be great to see his story come to life.

Flynn is a 35-year-old actor from Johannesburg, South Africa who’s starred in such films as ‘Beast’, ‘Clouds of Sils Maria’, and ‘Song One’ just to name a few.

In my humble opinion, this young man is the perfect choice to play him. The film will be directed by Gabriel Range who’s directed films such as ‘The Great Dome Robbery’, ‘Death of a President’, and ‘I Am Slave’. Are you as excited as we are?