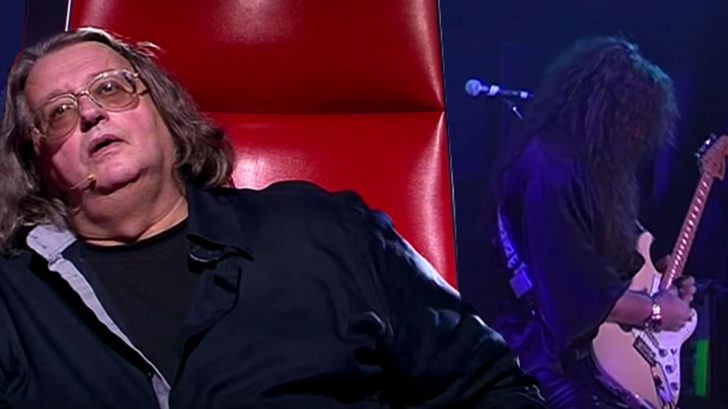 That’s basically what I said to myself when I saw the thumbnail. I have to admit when I first seen this video on Youtube, I immediately clicked. I said, no way, Yngwie has an ego big enough to show up on The Voice? Something didn’t seem right but I clicked on it anyways. And to be honest, glad I did. What a freaking video edit. Haha! Too good. In this clip we seen Malmsteen ‘auditioning’ on the voice which is that one show where judges face the other way in a chair, and if they like what they hear, they press the button and turn around to see who it is. I’m pretty sure those reactions would probably be the same if he really did step on stage to showcase his insane shredding. Legendary shredding that is. Kudos to whoever had the time to go ahead and make such a masterpiece of a clip.