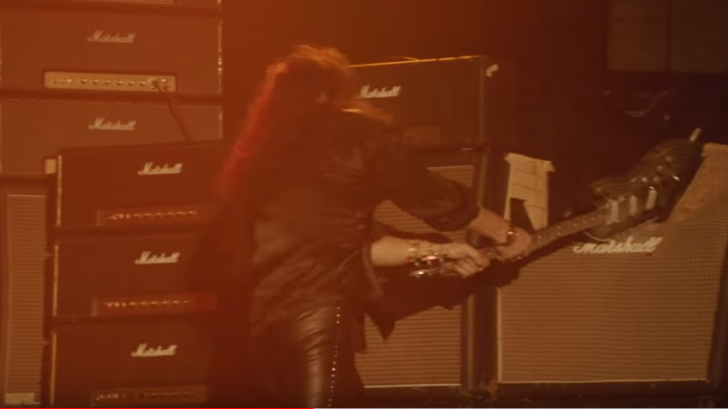 Between Two Lovers: A Guitarist And His Guitar

Most of the guitar players we knew to have a strange relationship with their instruments. Such as Pete Townshend of The Who, he smashed many guitars throughout his long career, even Jimi Hendrix, set his psychedelic Stratocaster on fire at the Monterey Pop Festival in 1967.

Now, a guitar maker Sandvik’s  Henrik Loikkanen decided to make an unbreakable all-metal guitar and asked Yngwie Malmsteen to try and smash the guitar, and it turns out he didn’t manage to destroy it.

“We had to design a guitar that is un-smashable in all the different ways you can smash a guitar,” said Sandvik’s Henrik Loikkanen. “The engineering challenge was that critical joint between the neck and the body that usually cracks on a guitar.”

The Sandvik guitar is made of recycled stainless steel with an Isotropic Lightweight Structure made from hyper-duplex steel sandwiched in-between using a fine-tuned welding process.

Yngwie Malmsteen was recently challenged to break an 'unbreakable' guitar. See how he did at the LINK in our bio! (?: @gettyimages) #classicrock #yngwie #risingforce #sandvik

“Additive manufacturing lets us create lighter, stronger and more flexible components with internal structures that would be impossible to mill traditionally,” explained the company’s Amelie Norrby. “And it’s more sustainable because you only use the material you need for the component, minimizing waste.”

When they managed to complete the unbreakable guitar, they immediately shipped it to Malmsteen in Florida, and once Yngwie Malmsteen received the guitar, he played several songs with it before using it as a hammer to destroy equipment on stage, and he even tried to pounding it on the floor wildly, though it was a brutal treatment, the outcome was unbelievable.