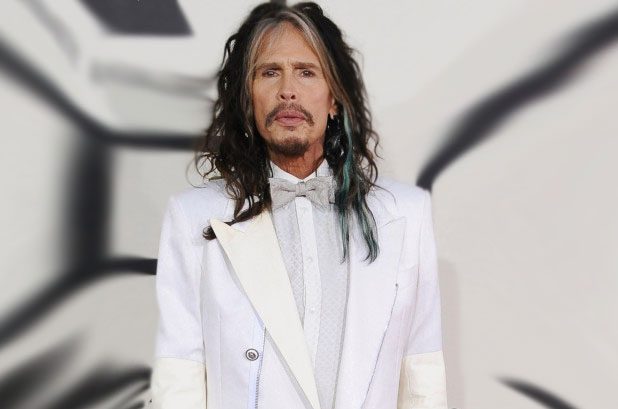 Aerosmith singer and rock n’ roll Steven Tyler has done outrageous and crazy things in his life. He’s many things: a singer, musician, host, judge, a father, a grandfather, and now an ordained minister. And it’s not a joke. Yes, it’s true, Steven Tyler can now officiate your wedding…though his asking price might be more expensive than your entire wedding. A whopping $200,000!

Tyler revealed he became a minister via an online church called Universal Life Church Ministries for only $80. He even showed off his minister certification card to TMZ as he was being interviewed outside of an airport. Talking to the TMZ reporter, he shares

“I am now an ordained minister. I just married my son. I married my son to a beautiful girl. … I went online, paid 80 bucks and I became a Father. God knows I’ve been a mother for so long!”

Here is the interview in the video below:

The reporter then shared he himself is getting married too, and planning his wedding. Steven Tyler asked the reporter if he needed a minister. The rocker offered his services and revealed his fee, saying,

“Two hundred grand, I’ll do it, no problem.”

Will Tyler conduct any more weddings aside from his son’s? He says, “Me and Mick Fleetwood, we’re gonna marry people.” That offer also extends to newly engaged popstar Justin Bieber. Tyler turns to the camera and says, “Justin, you need to get married, I’m the man to do it.”

What’s keeping Steven Tyler busy aside from his new role as a wedding minister? He’s gearing up with Aerosmith for their Las Vegas residency to mark their 50th anniversary next year.

“What we want to do is something that I haven’t seen before,” guitarist Joe Perry said. “We’re in the middle of the production now. What we’re talking about is having an experience that you wouldn’t be able to see on a regular Aerosmith tour.”