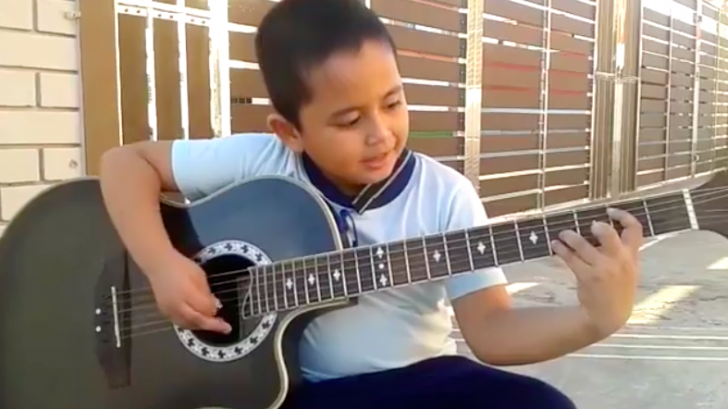 This little boy looks like he was just happily plucking the intro to Metallica’s classic hit “Nothing Else Matters” on an acoustic guitar that’s even too big for him. A couple more moments into his instrumental cover and then he sings the song with such a magical voice that’s both jaw-dropping and adorable at the same time.

7-year old Azry not only showcased his amazing guitar playing skills but surprised all viewers with his very impressive voice. His musical skills are way beyond his years. Surely if Metallica sees this kid’s talent they’d be very impressed too.

While there’s not much more information we know about this kid other than his name and his young age, which was only then evident when he cutely giggles mid-plucking before revealing his marvelous singing voice, nothing else really matters as he shares his musical ability to the world, just as the song he’s singing says.

This first grader surely has an old classic rock soul in him and that will take him places. Keep up the good work, Azry!