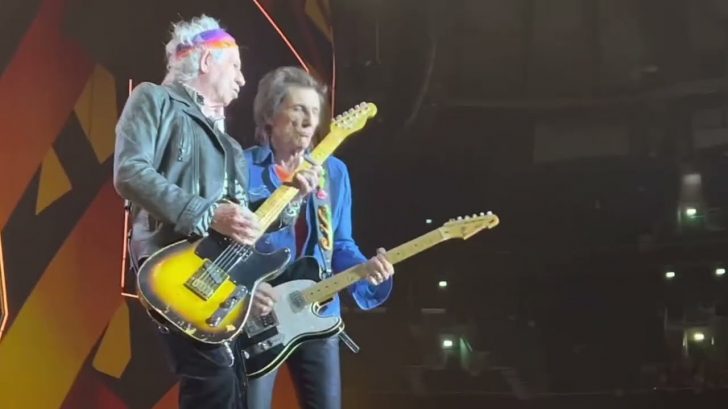 The Rolling Stones gave a tremendous top-rate performance in Stockholm, the greatest city on the schedule, resurrecting “Out of Control” for the first time since 2019 and stunning the audience with deadly renditions of the warhorses.

Keith was in great form once again, with perhaps somewhat less motion around the platform compared with the previous concert – assuming he was balancing for a less aggressive Mick, but that’s only stuff you see just after the performance. Atop Rambler, their interplay seemed like a late-night jam session, with improv layered on improv. Mick expanded some of the tunes, and they worked wonderfully.

In the video below, while in the middle of performing Tumbling Dice, Keith and Ronnie meandering in some lovely accents as they move towards Jagger. Ronnie was definitely having a fantastic night.

Ronnie Wood performed an aggressive, harsh – style solo on “Tumbling Dice,” as well as some really excellent interaction amongst the three Stones on the runway.