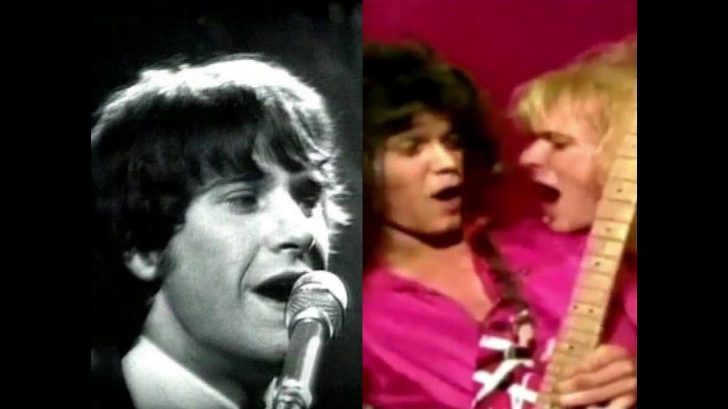 The Kinks left behind one of the garage rock classics: “You Really Got Me”, a song with a guitar riff imitated ad nauseam, invented by Dave Davies, even though it has been wrongly attributed to Jimmy Page

For that summer almost no one gave a penny for The Kinks, not even their first two singles (riding on the Merseybeat of the successful Beatles, and the nascent London Rhythm & Blues ), nor did their ugly red hunting jackets seem to particularly appeal to anyone.

Nik Cohn in his famous and later, “Awopbopaloobop Alopbamboom” – the first pop chronology without mincing words – said that at first, the Kinks were one of the most innocuous and disposable groups of the moment. Townshend has explained several times that the Kinks – in their joint gigs with The High Numbers (pre The Who) – hadn’t impressed him at all. Pye Records urged Ray Davies to make a convincing hit if they wanted the label to continue releasing their songs.

And suddenly “You Really Got Me” came like thunder, shaking the foundations of island pop. A torpedo, a cannon that would lay the foundations of all subsequent rock, call it a garage, hard, glam, pub, punk, power pop, heavy, and in recent years even indie, among other important subgenres of rock music.

So, in a sense, The Kinks accidentally invented one of the heaviest genres, ‘Heavy Metal.’

On the other hand, there is this cover version of “You Really Got Me” by Van Halen, who were “caught” on the occasion.

This was a group full of energy that conquered it all. In my opinion, the great version of You Got Me, ended us wanting more of Van Halen.

Sound after sound, I think this version fully satisfies anyone who enjoys rich, distorted, and thick guitars (that brown sound), despite the years and the fact that the technique that made Van Halen so famous is far surpassed by the guitarists of today. But, going back a few decades, it’s not hard to see why all guitarists wanted to be Van Halen.

It’s Van Halen for technicality, of course, but without the original then you won’t have Van Halen’s version, right? So it’s a TIE! lol