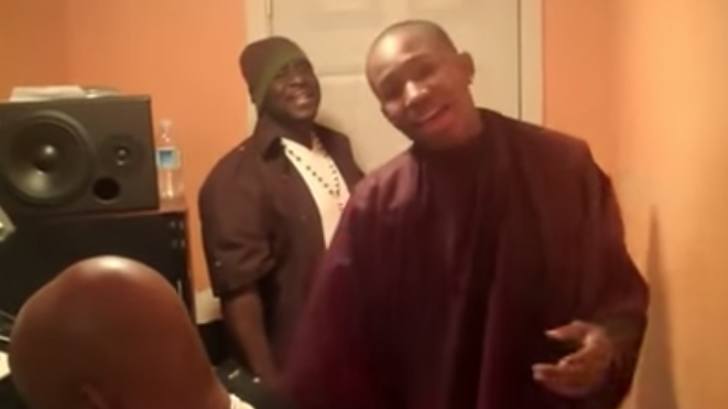 Before he was recognized by Jennifer Hudson, Wanya Brooks was already singing. He gained a passion for music early on. Brooks was always surrounded by music makers. His barber was even inside a small in-home recording studio called, The Furnace. Brooks would sit and get his hair cuts while producers warmed up on the piano. The young singer was exposed early on to some of the most famous music during that time. One winter, the usually quiet Brooks stunned everyone with his voice.

Wanya Brooks sat in his chair while the barber trimmed his hair. He listened to the music being played around him and says to the man on the piano, “What’s That You’re Playing?”

I Know That Song

Before Wanya Brooks hears the warm up to “Superstar,” the man playing the piano was talking about his distain for auto-tune and the need to return to the “essence of music.” That’s when young Brooks asks what he’s playing. The pianist introduces the Delaney & Bonnie and Friends song as a Luther Vandross cover. He goes onto to explain to Brooks that he probably doesn’t know the song. “I know that song- just play it,” responds Brooks. Then the incredible happens. The young singer stands up in his robe and flawlessly performs “Superstar.” He knows every lyric and stuns everyone in the room. Every note was spot on.

Don’t you remember, you told me you loved me baby?
You said you’d be coming back this way again baby
Baby, baby, baby, baby, oh baby
I love you, I really do

Fast forward a few years and Brooks has already gained a large audience. He has gone onto  record and cover many songs. His Facebook account has countless videos of his singing, usually in his work uniform. Recently, Brooks got the attention of Glamour magazine. He had covered “Remember the Music,” by Jennifer Hudson. Glamour magazine interviewed Hudson about the cover and recorded her reaction. The 2018 Voice judge was absolutely honored and we have the reaction here.

Brooks explains how surreal this moment was for him.