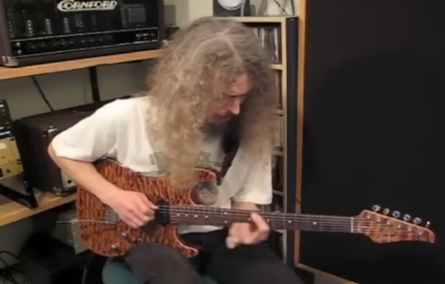 Guthrie Govan is a British guitarist known for his virtuosity and technical ability, both for electric guitar and acoustic guitar. The musician is considered one of the best modern guitarists, in addition to mastering a wide range of guitar techniques, and knowledgeable about a large number of musical styles and genres.

He is also a renowned teacher of contemporary music, despite the fact that the origins of his knowledge in his artistic development as a musician were self-taught. However, the guitarist collaborates in various modern music institutions and academies (Guildford’s Academy of Contemporary Music and Brighton Institute of Modern Music), and also works for the well-known British magazine Guitar Techniques.

Honestly, I don’t think there is a genre or guitar technique that this guitarist doesn’t know. Recognized as one of the best of recent times. Professor and artist absolutely complete in knowledge and skills, and also enjoys a close, humble and affable character.

Rick Beato, a YouTube personality and music producer discusses his first encounter with Guthrie Govan and how incredible a guitarist and musician he is.