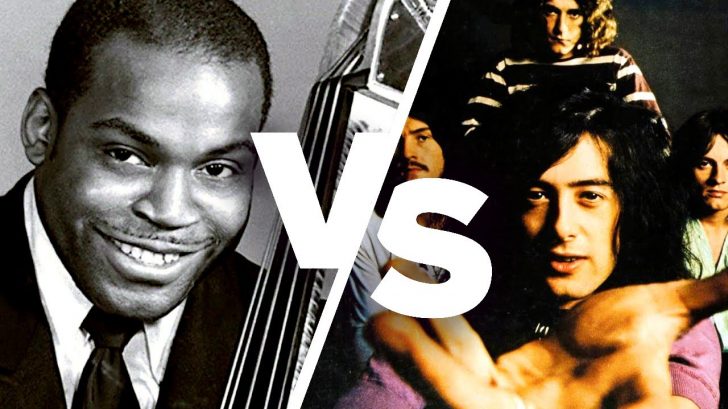 Before you watch the video below, it is necessary to highlight that both Robert Plant and Jimmy Page are two of the greatest geniuses that have existed in the history of rock and that without their talent (on guitar and voice) perhaps the story would not be the same.

Led Zeppelin is one of the most important bands that defined the sound, image, and spirit of rock n ‘roll, taking it to remote corners of the world, transforming the ears of millions of people. However, a good part of their catalog resembles songs by other artists, which makes us think that, despite being geniuses, musicians “stole” old works to find fame.

It should be noted that in the 60s, and even today, many bands “borrowed” elements from other songs and used them for their compositions, having success. The Beatles used elements of songs by Chuck Berry and other 1950s singers, but it is said that they disguised it well enough to make it sound like a fresh composition, and not as a remake of an old song.

Youtuber investigates 8 ‘Rip-off’ Led Zeppelin songs, the case is special because, although their blues influences were clear, in many of the cases they did take entire songs and use them with their own changes without giving credit to those who inspired them. These are some of the clearest cases, keep going for the video below: