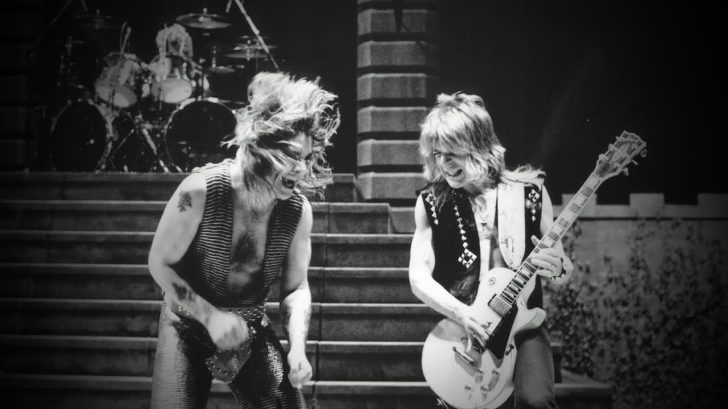 Ozzy Osbourne, the prince of darkness, has been one of the most influential figures in rock and metal since his earliest days. With a life full of extreme stories, he earned his nickname by hand but not everything in his days has been crazy parties and headless bats. John Michael Osbourne had a friend, perhaps his favorite person in the whole world, and a promising young musician who helped put Ozzy on the map after Black Sabbath.

Randy Rhoads reluctantly auditioned for Ozzy’s new solo band, he wasn’t really interested as he worked in his band, Quiet Riot. However, several internal problems that led to a breakup made him accept and that is how, just before performing for the last time with Quiet Riot, he auditioned and immediately blew the brains out of an intoxicated Ozzy. Impressed by the extraordinary talent in a solo, Ozzy hired him immediately, while Randy felt weird because he thought they hadn’t really seen him yet.

Rhoads hadn’t even come of age and didn’t have the approval of the band’s management to join their ranks either, but Ozzy loved him and fought to give him his place. Soon Rhoads’ neoclassical style gave him total creative freedom over what he was playing, and so the band’s debut album Blizzard of Ozz delivered songs like “Crazy Train” and “Mr. Crowley”. Nothing more.

In the video below, while on the “Blizzard of Ozz” tour at the time back in the fall of 1981. The group had played in Tampa and were headed to their next tour destination, but they decided to take a detour, and guess where? Disney World. In the video, you may be familiar with some of the photos, the YouTube channel “World of Micah” will take you on this journey as he retraces the steps that the two legendary figures took in Disney World.