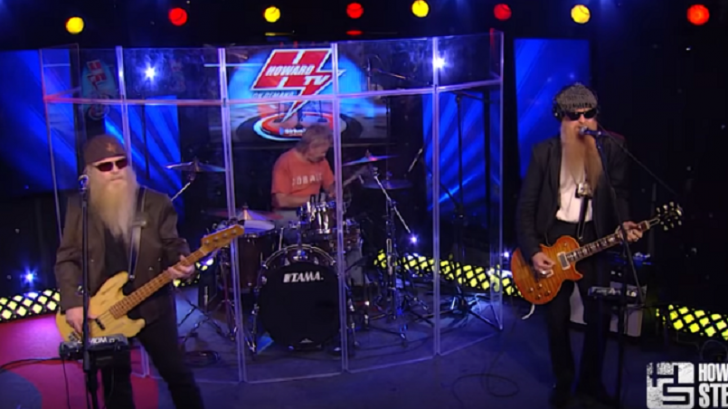 One Hell Of A Performance

On May 14, 2013, ZZ Top made an appearance on The Howard Stern Show. Aside from the interview, they also played one of their biggest hits – the 1973 classic “La Grange”. This isn’t just any other performance though because they treated the host and the audience to an extended version of the song. They even shared how it all came about.

They also proved time and again that sometimes, having three members is more than enough. The sound this trio creates is so much fuller and heavier than other groups, they pale in comparison to ZZ Top even if these bearded fellas are no longer at their prime.

As expected when these guys are the guests, everything’s chill and cool. But when they start playing, you just know it’s gonna be one heck of a wild ride from start to finish. They never do anything mediocre so…

Also,, unless you’ve been living under a rock, chances are you already know “La Grange” is about a brothel in Texas.

“La Grange is a little bitty town, and little towns in Texas are real conservative. But they fought against it. They didn’t want it closed, because it was like a landmark. It was on a little ranch outside of town, the Chicken Ranch. Anyway, we wrote this song and put it out, and it was out maybe three months before they closed it. It pissed me off. It was a whorehouse, but anything that lasts a hundred years, there’s got to be a reason.” – ZZ Top’s Dusty Hill

The Rolling Stone magazine referred to the song as “…a standard for guitarists to show off their chops.” It also ranked at #74 on their list of “100 Greatest Guitar Songs of All Time”. Seriously, what’s not to love about it? It’s a classic through and through.