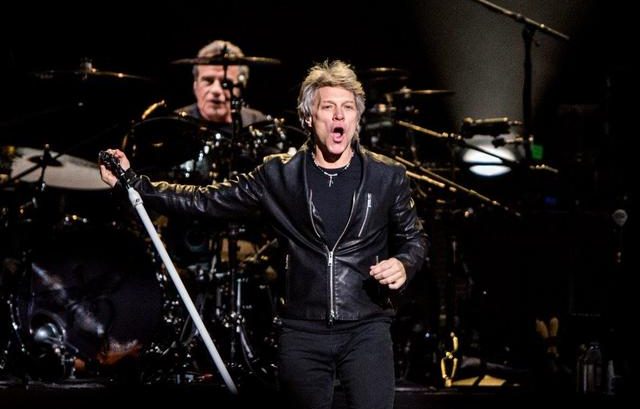 Bon Jovi’s “This House Is Not For Sale” is back at it again to the top of Billboard album chart with sales of 120,000 equivalent album units in the week ending March 1, according to Billboard.

New two tracks were recently added “When We Were Us” and “Walls,” to “This House Is Not For Sale,” and the album was included in a purchased concert ticket/album sale offer.

Back on November 26, 2016, “This House Is Not for Sale” was also previously No.1 with 129,000 units, and it was also driven by a purchased ticket/album sale offer. The record marked their sixth chart-topper. Two other records have also performed the double No.1 chart-topper: Prince’s “The Very Best of Prince,” following his death in 2016, and Chris Stapleton’s “Traveller” have also done it.

Jersey’s Pride Bon Jovi “This House is Not for Sale 2018 Tour” will start on March 14 in Denver, and will end on May 14 at the Capital One Arena in Washington, D.C. The tour includes two shows, April 7 and 8, at the Prudential Center in Newark. Other tour shows include May 3 at the Wells Fargo Center in Philadelphia and May 9 and 10 at Madison Square Garden in New York City.