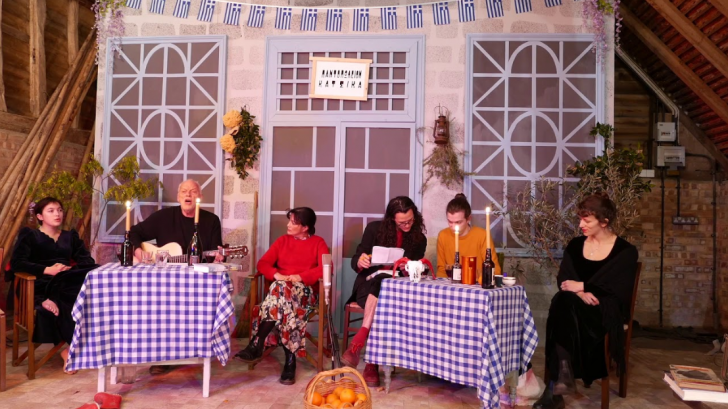 Pink Floyd’s guitarist David Gilmour with his entire family performed a couple of Leonard Cohen covers on a special live stream to celebrate the release of his wife Polly Samson’s new book, A Theatre for Dreamers.

David Gilmour and his wife planned to take on a short “words and music” tour to support the release. However, the COVID-19 pandemic shut down most of the live events, for the time being, instead, the sweet couple and their entire family gathered together launching an online event.

During the live stream, Gilmour’s, Samson read from her book, which is set on the Greek isle of Hydra in 1960, featuring Leonard Cohen. The family’s setup is built like a 1960 cafe in Hydra while Gilmour performs “Bird On The Wire” (7:46) and “So Long, Marianne” (30:08) during the 36-minute broadcast.