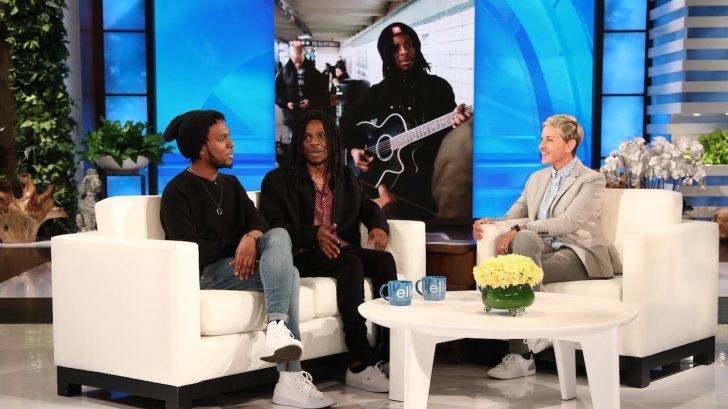 Twin Buskers Subway performer gained viral fame in just a few weeks for covering Beatles songs, and after that, they gained a national TV exposure for being invited to “The Ellen Show.”

These two identical twins named Amiri and Rahiem Taylor performed “Eight Days a Week” on the Ellen stage showing off their skills, sounding very similar to the real thing.

The funny thing is when Ellen DeGeneres asked how they started learning Beatles songs, the brothers answered, that they got a Christmas gift from their grandparents and it was a video game titled, “Beatles: Rock Band.” The game just grew on them and fell in love with the Beatles music.

“We mastered the songs on the game, and we decided to just learn how to play the instruments,” they shared.

From video game and playing the music with real instruments to being invited to the Ellen show (that’s quite an accomplishment). — The twin brothers started busking in the subway so they can earn enough cash to cover plane tickets to visit their mother in Puerto Rico. – In just two days, they earned the money that they needed.

The twin brothers are also in a band called, “Blac Rabbit,” and they are set to perform at the Knitting Factory in Brooklyn on April 23, according to their website.

Watch the video below as they performed “Eight Days a Week,” on the show — afterward, Ellen DeGeneres surprised them with an awesome gift.