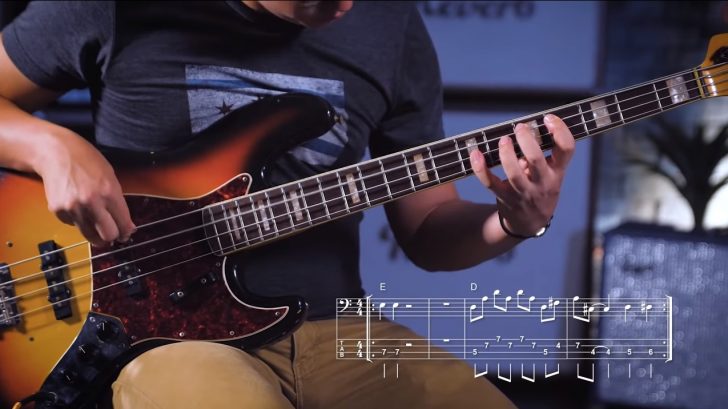 The Least Godly Of Rock Gods

John Paul Jones was a TOP NOTCH bass player, a keyboardist and who also arranged and played other musical instruments. Jones was the very reason why Led Zeppelin was advantageous and fearless in exploring new territory. Even Jimmy Page had high regards to Jones since they were already colleagues when they formed the New Yardbirds. Jones and his bass playing abilities have always been the key to the synergy the band’s had possessed every time they play their music.

In the video below, Reverb’s Jake Hawrylak gave a lesson on Jones signature techniques and playing style. Jones played before Led Zeppelin as a session musician and even had a career, both solo and as a part of the supergroup called “Them Crooked Vultures,” after the disbandment due to drummer John Bonham’s death in 1980. Jones was creative and classically trained. The video below highlights many things and most of Zeppelin tunes that showcase Jones MONSTROUS bass playing abilities.

“Maybe my favorite part [of ‘Good Times Bad Times’] is what happens going into the bridge when he plays this bass fill over the B chord,” Jake says, explaining how creative Jones was and how he takes his ideas from his fills to further development in a later section of the song.

“So he’s taking this moment of interest, where your attention is really drawn to the bass, and he’s carrying that through the rest of the song without getting in the way like any good bass player should,” Jake says.

KEEP GOING FOR THE VIDEO BELOW AND BE MESMERIZED: